MUSINK, America’s largest tattoo and music festival, returned for its 11th year this past weekend at the OC Fair and Event Center in Costa Mesa, California.  The event kicked off at 3 p.m. on Friday, March 16, 2018 and concluded on Sunday, March 18, 2018 at 9 p.m.  This year’s headlining acts included: Blink-182, Good Charlotte, Descendents, Lil Yachty and Machine Gun Kelly.  MUSINK also featured the Low and Slow Car Show presented by Famous Stars and Straps, daily tattoo contests, and the crowning of Miss MUSINK presented by Sullen Art Collective.

Musical performances took place in The Hangar, and the first half of Friday’s performance featured Spanish Love Songs, The Adolescents and Strung Out.  The Adolescents’ set featured “Kids of the Black Hole”, “L.A. Girl” and “Amoeba” from their album Adolescents.  For their performance of “Nowheresville”, from 2015’s Transmission.Alpha.Delta, Strung Out were joined by Travis Barker on drums.

The Descendents and FEAR closed out Friday night.  FEAR was joined by former members Philo Cramer on guitar, and Spit Stix on drums, for “Let’s Have A War” and “New York’s Alright If You Like Saxophones”.  Headliners the Descendents had fans singing along to their favorite songs, including “Everything Sux”, “Hope” and “Rotting Out”. 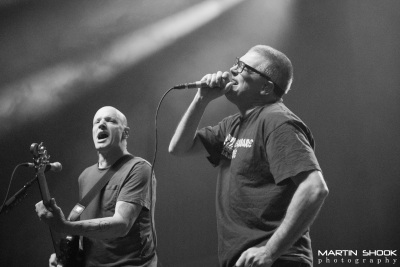 While Friday’s MUSINK lineup featured classic punk bands, Saturday’s lineup was comprised of younger acts.  Lil Aaron and The Interrupters performed during the first part of the day to a sold out crowd.  The Interrupters infectious blend of ska and punk had newly introduced fans singing along by the end of their set.  A few of my favorite songs they performed were “By My Side”, “She Got Arrested” and “The Prosecutor” from their album Say It Out Loud. 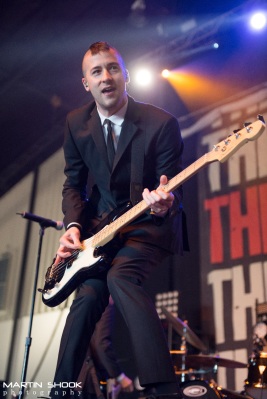 Saturday night was headlined by Blink-182.  Their performance followed Good Charlotte, and the presentation of the first ever MUSINK Legend Award, which was awarded to Jack Rudy.  Surprisingly, Good Charlotte sounded just as good as they did when The Young and the Hopeless was released in 2002.  Blink-182 opened with “Cynical”, the opening track on their latest album California.  Other notable songs from Blink-182’s performance included “Feeling This” and “I Miss You” from their self-titled album.

Sunday’s lineup was a notable departure, musically, from the previous two days.  While the first two days were primarily centered around punk rock, Sunday was heavy on rap music.  The Fever 333, which features former letlive frontman Jason Aalon Butler, performed first.  Following their performance, I overheard a number of people saying that The Fever 333 reminded them of Rage Against the Machine, and I would have to agree. 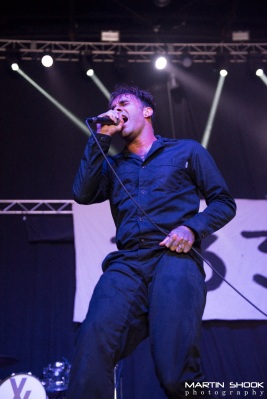 Wifisfuneral and Machine Gun Kelly continued to build on the energy The Fever 333 had injected the crowd with.  Machine Gun Kelly opened strong with “Golden God” from his latest album bloom.  Midway through his performance, Machine Gun Kelly slowed things down as he performed a cover of Linkin Park’s “Numb”, which he dedicated to the late Chester Bennington.  Lil Yachty closed out Sunday night, and brought this year’s MUSINK festival to an end.

The lineups for the first two days of MUSINK were awesome, but the third day didn’t seem to fit as well.  Attendance built up from Friday to a sold-out event Saturday, but then dropped off sharply on Sunday.  It was eerie walking around the vacant festival grounds Sunday, while remembering how crowded it was the night before.

The MUSINK festival is one of my favorites to attend, and I look forward to its return each year.  The weather tends to be favorable, the venue is clean and spacious, and there are the perfect number of performances each day.

All photos by: Martin Shook

Error: Twitter did not respond. Please wait a few minutes and refresh this page.